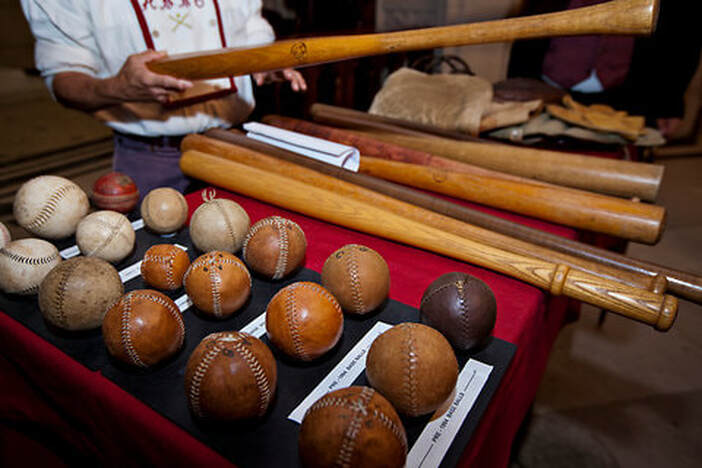 The last quarter of the nineteenth century was well under way in 1876 with much going on across the breadth and width of this 100-year-old nation. We, unfortunately, had Native Americans ordered to all be on reservations. General Crook destroyed Cheyenne and Oglala-Sioux camps. There was the first female boxing match! The National League (baseball) was founded, and began play. The Centennial Fair opened in Philadelphia! It was possible to travel from New York City to San Francisco in under 3 1/2 days!! A telephone conversation via outdoor wires occurred. Rutherford B. Hayes was narrowly elected President of the United States. And, shortly before Custer and his men were decimated at Little Big Horn, the game of base ball was taking hold in the territorial capitol of Prescott, Arizona!!

Although research reveals nothing about the formation of the Prescott Champions Base Ball Club, it is known that the club was playing ball in the spring of 1876, notably against the soldiers of nearby Fort Whipple. One can only imagine the conversations that took place in putting together a ballgame that was to take place on May 19,1876, at what is now the courthouse plaza. The match did in fact take place for, as described in the May 26th edition of the Arizona Miner, a "fine Regulation Dead Base Ball, 9 1/4", 5 1/4 ounces....and the Championship of the Territory". There is little doubt that this battle for the Championship was self-proclaimed as the newspaper also cautioned that the Arizona Territory was "a large field", and that some club might dispute the authenticity of that championship.

It is indeed both an honor and thrilling for us to take the name of this historic, championship ball club. We hope to continue to honor the original Champions by sharing what we know of the club's history, by playing with a respect for the game of base ball, and by educating our spectators on early base ball in these United States.

A special thank you to our friend John Darrin Tenney, whose book, BASE BALL IN TERRITORIAL ARIZONA, devotes a whole chapter to Prescott base ball. Not only has this book provided a wealth of information, but it has been with John's encouragement that we have formed this unique ball club.